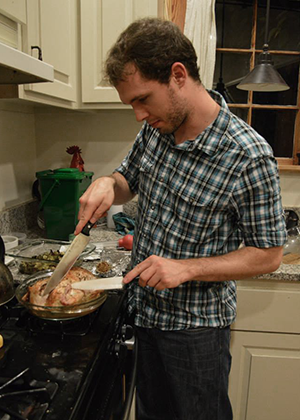 Andrew joined the Center for Neuropolicy as a graduate student in neuroscience in June 2009. He earned his PhD in neuroscience from Emory University in 2012, his B.S. in psychology from Mercer University, and is interested in the neurobiological underpinnings of human behavior. In particular, he is working on projects that utilize fMRI to figure out why people behave the way they do during intertemporal choice and decision under risk.

WIRED SCIENCE - May 4, 2012
Brain Scans Give Glimpse of How Your Dog Thinks

ScienceDaily - May 4, 2012
What Is Your Dog Thinking? Brain Scans Unleash Canine Secrets

PHYS.ORG - May 4, 2012
What is your dog thinking? Brain scans unleash canine secrets in Emory study

Science Blog - May 4, 2012
What is your dog thinking? Brain scans unleash canine secrets

Science Codex - May 4, 2012
What is your dog thinking? Brain scans unleash canine secrets in Emory study 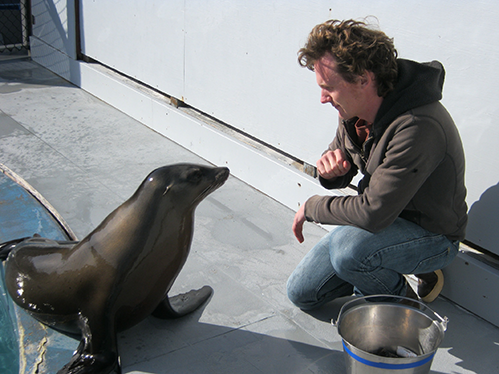 Peter Cook received his PhD in Cognitive Psychology from the University of California Santa Cruz in 2013, under the dual advisorship of Margaret Wilson and Colleen Reichmuth. He is also an alum of Columbia University (where he worked in Herb Terrace's primate lab and Diana Reiss's walrus lab while studying for a post-bacallaureate in Psychology) and Pomona College (where he obtained a BA in Philosophy and was lucky enough to study writing with the late, great David Foster Wallace).

Peter's doctoral work was funded by a National Science Foundation graduate research fellowship and the Packard Foundation, and featured a mix of behavioral and structural brain imaging work in over 100 rehabilitating, wild California sea lions with naturally occurring hippocampal lesions as a result of toxic algal exposure. He also taught a sea lion to bob her head to music (representing the first empirical evidence of beat keeping in a non-human mammal).

Peter specializes in memory systems (with a growing interest in the comparative connectome), but is more broadly interested in alternative, humane approaches to comparative neuroscience research. He joined Gregory Berns at The Center for Neuropolicy in Fall 2013 as a Post-Doctoral Fellow to contribute to studies utilizing fMRI with unrestrained dogs. More detail on his projects, past and present, are available on his personal website: www.pfcook.com.

Cook, P., Bernard, A., & Reichmuth, C. Which way did I go? Remote training of a spatial memory task

Wilson, M. & Cook, P. Sea lions can keep the beat: So why do only humans dance? 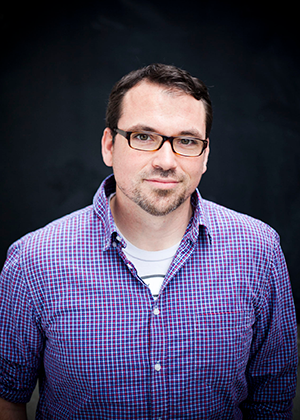 "You Can't Gamble on Others: Dissociable Systems for Strategic Uncertainty and Risk in the Brain" with Ricardo Caceda, C. Monica Capra, and Gregory Berns (Invited Paper to Special Issue of JEBO)

"The Neurobiology of Failure: An Experimental Study of Bonus and Penalty Contracts" with Gregory Berns

"The Neural Correlates of Other-Influencing Behavior" with Kevin McCabe

"The Role of Capital Gain Taxes in the Housing Bubble"

The Percentage Law and the Mediation of Political Conflict